Welcome to our fifth of seven characteristics to help inform your search for an ANR-interested mate: simplicity, nearly synonymous with humility.

This one gets a bad rap. There’s even a term that has been coined to mock simple folks. Simplicity in the sense of humility and unpretentiousness is highly looked upon in Scripture, however.

Folks who desire an ANR are typically humble. They’re also often honest. They’re not game players, complex liars or cheaters.
Women with ANR interests love the simple things in life. They often describe cozy home scenes. Time and again, I’ve found ANR women who said they want to provide a safe, loving and warm place for their husbands to come home to after the daily grind. The scene is olden but golden: man goes out to face a world filled with peril, later comes home to be loved and nurtured by his wife. Classic beauty.

While on that subtopic, here’s a slight tangent: the overwhelming majority of people would agree that the idea of a man who goes off to fight for his country, gets wounded in battle then comes home to a loving wife who nurses his wounds is a truly noble and beautiful one. ANRs aren’t much different. There’s just (hopefully) less bloodshed involved.

In an article titled “Humility: A Quiet, Underappreciated Strength“, Time magazine notes how humble people are usually quick to lend a helping hand. Again, we see how our ANR criteria are interwoven, in this case, between being simple and being nurturing/generous, and we will see a connection between humility and our criterion to be disclosed next week. 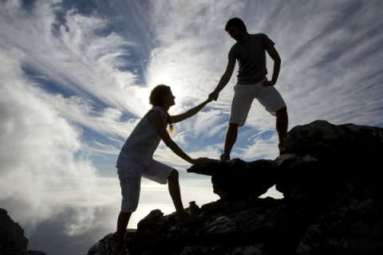 There’s an ongoing thunderstorm as I type this. This happens to be another one of the simple pleasures some ANR women enjoy. I observed how alluring CN in the rain is to them. It’s often the simple things in life that are most meaningful.

The simplicity of ANRs is offensive to the proud like the simplicity of the gospel offends the arrogant. Submissiveness, humility and childlike compliance are intolerable ideas to them.

Alongsiders International founder Craig Greenfield tweeted “When God wanted to change the world [He] didn’t send in a wealthy king or powerful CEO. He sent in a marginalized child.” God loves child-like innocence and simplicity, not human pomp and pride.

HN is such a simple act yet it creates a rich marital dynamic. How can something so basic and “foolish” make such a profound difference in marriages? Because it’s often the simple things in life that are most meaningful.

I admit ANRs seem elementary and babyish. God’s foremost intent in creating breasts was for feeding babies, so grown men indulging is shockingly bizarre to most. But as I said before, I strongly believe God makes it clear that husbands may also bond with wives through this loving act.

The godliest woman I found on an ANR dating site said she was looking for a faithful Christian husband in order to feed him her essence. Essence. I love her use of that word. It connotes a nexus. It denotes freedom from clutter. Freedom from the noise that pollutes our busy lives. It conjures up images of what’s truly important, that which is far too easily obscured by this crazy world of ours.

Pure unadulterated milk. Straight from the source. No artificial hormones, just natural simplicity at its finest. See you on the 28th.