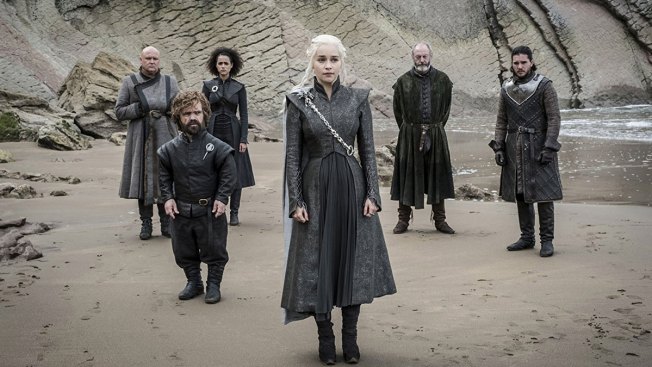 Warning: This is opinionated and contains discussion on some explicit topics.

I’ve never personally been a big TV show guy. I don’t really have the attention span to sit and watch things for long periods of time. This is precisely why I have several hobbies. It keeps me from getting bored. With that being said, over the last several years, streaming has become the next big thing in entertainment. This is common knowledge. One such by-product of this new(ish) development is the TV show culture. I don’t claim to be an expert. I’m barely a participant.

One such show that has gained immense popularity over the years is Game of Thrones (hereafter referred to as GOT). It seems that almost every single person has at least seen one episode. Honestly, I haven’t. I haven’t seen a single episode of the show. But I will tell you I have done my research. One thing I can’t stand is Christian news articles that dance on the fence and won’t take a stand on things. Here at Caffeinated Christianity, we don’t do that. So, the question is this: should a born-again believer watch the TV show Game of Thrones? My official answer to that is no– a believer should not watch GOT. Let’s take a few minutes and talk about why.

Christians (of which I am one) like to play games with sin and temptation. We think we are often too good for sin to touch us. Or we think we can manage levels of temptation. Often, believers will convince themselves that consuming various types of media is not a drag on our spiritual lives. Surely, a TV show, a movie, a song, etc. won’t affect my faith. Surely not. But this is the farthest thing from the truth. To take a recent and very potent example, a study found that teen suicide rates actually spiked shortly after the show 13 Reasons Why aired on Netflix. The things we watch directly impact us. I’ve seen the Office multiple times. I automatically quote Michael Scott all of the time. What we watch is important.

When people began to really watch GOT, I was drawn into the public fascination. Surely it’s good, right? It seemed like everyone was watching it. Let’s lay some groundwork really fast, though. Here are some things I know for certain: I know that I suffer from sin. I know that I battle lust and various forms of sexual temptation very regularly (most men do… if you’re a man and you don’t, then you’re either a liar or a magician). I know that my life is supposed to be different than the world because I’m a believer (Romans 12:2). And, simply put, the TV show in question here is absolutely chocked full of sexually explicit material. You’re thinking, “wait, but Cooper, you’ve never seen the show before.” You are right. But guess who has? Lots of other people who have input their opinions into the best entertainment resource ever. Let me introduce you to the Internet Movie Database or IMDb. On the “Parents Guide,” people use IMDb and input cases of things like violence, language, frightening and intense scenes, and the topic at hand: sex and nudity. I always check this category. I can’t afford to see and neither does my Spirit desire to see those types of explicit things. I have a hard enough time battling sin and temptation without watching some form of sexual material. And let me tell you what… by my calculations, GOT is littered with things that could very, very easily be categorized as pornography. But don’t take my word for it. Let’s ask the internet what they think. I’m calling my witnesses.

Witness #1: IMDb
Very simply, IMDb tells me all that I want to know. Instead of typing it, let me just show you a picture of it:

Check the link for yourself: https://www.imdb.com/title/tt0944947/parentalguide?ref_=tt_stry_pg#advisory-nudity
For starters, 4,243 out of 4,836 reviewers found “Sex & Nudity” to be “severe.” I’m no math major, but that’s over 85%– so almost everyone. Note that “nudity occurs throughout each season” and “viewers can expect to see and hear sex scenes.” I would feel gross typing anything else. I think this says enough. But to be fair, this site is a wiki, meaning anyone can (theoretically) edit it. And maybe you think I’m cherry picking vague information. Fair enough. Let me call another witness.

Witness #2: Mainstream news outlets
This article published by Express on the differences in roles of the male and female nudity in the show is pretty graphic, so I’m not sniping any quotes from it. Read at your own discretion, but it proves my point. This article from Fox News, though it’s dated to 2016, points out the crossover that PornHub (a huge pornography site) and Game of Thrones had right around the premiere of the sixth season. For both of these articles, there are plenty more. Read at your own discretion because they do not leave details out. I feel gross now just for even recommending them. These details cannot be overlooked. But maybe they are exaggerating, right? Allow me to call my third witness.

Witness #3: The actors themselves
I’m not going to waste your and my time with links to articles. You can look things up yourself. There are dozens of interviews done with all of the actors and actresses that have engaged in the nudity and sex on camera. The point I’m simply making is that the show is littered with explicit, sexual imagery. This is not some light, off-camera stuff. These scenes and moments and conversations are the real deal, or at least mimicry of the real deal. “So, what? What are you saying, Cooper?” Well, thank you for asking.

Salvation is a moment. Christianity is a process. By this, I simply mean that you do not become Billy Graham overnight because you’ve been saved. Growing closer to Christ and becoming more like Him takes time. There are a few things (I wrote blogs on them) that, in my view, mark the Christian life as pursuing Christ. Fundamentally, though, there is basically one key element that marks the Christian life above all else: fleeing from sin. Sexual immorality, meaning lust, adultery, homosexuality, premarital sex, incest, etc., is sin. That is an objective, biblical fact. And if you are going to call yourself a Christian, sin should slowly but surely become less of a problem in your life. I’m not saying you won’t mess up. I’m saying that, over time, the same mistakes shouldn’t be made at the same frequency. Fleeing sin– not negotiating with it or trying to manage it– is not only logical and biblical, but it’s necessary. Don’t take my word for it. Take God’s Word for it:

Flee from sexual immorality. Every other sin a person commits is outside the body, but the sexually immoral person sins against his own body.

1 Corinthians 6:18
Here, the message is simple: sexual immorality (Gk. pornea— you do the math) is sinful. Don’t fight it– run from it.

What shall we say then? Are we to continue in sin that grace may abound? By no means! How can we who died to sin still live in it?

Romans 6:1-2
Paul is stating an obvious fact by asking some easy questions. Should a person who has been theoretically cleansed of and saved from the grips of sin continue to do so? Of course not. That makes no sense. 1 John has a great picture of this attitude of the Christian life. If anyone continues to sin over and over and over again, with no true repentance or progress… has that person been saved from the chains of sin?

So, let’s connect all of the dots here. GOT is full of sexually explicit material, among other things. These things are sinful. In the show they are sinful because a lot of these acts are acts of rape, incest, premarital sex, etc. As a viewer, they are sinful because they corrupt the mind and definitively lead down the path of sin. They are tempting. They most assuredly cause a great deal of lust and perverse thoughts. The Christian life is about fleeing sin– not wrestling it, not walking around it.

“Cooper, are you saying that I have to stop watching this show?” Yes. In my unqualified, 20-year-old opinion, I do think that. There is absolutely nothing about watching GOT that can bring glory to Christ (Colossians 3:23), than can help you grow as a believer (Romans 12:2), or that is challenging your faith to move past the temptation of the world (Joshua 24:14-15/1 Corinthians 6:12-20). And I’m going to take this even further– does this even just apply to GOT? Of course not. We can’t just try to consume things and skip parts of them. It’s spiritually naive to think we can watch a show like this and keep it PG. That’s practically impossible.

The bottom line is very simple. Jesus Christ came to Earth with one purpose: serve as the perfect sacrifice and atonement for sins that only God could be. He did that. He did not ever stop to smell any type of roses. He did not dabble into one or two sins. He did not compromise any part of Himself in order to die for sin on the Cross. That’s what He did. Everything He did was for eternity, not the temporal. The question that must flood our hearts in every moment we are about to partake of anything is simply does this reflect Christ? I’m not talking about decisions to take a shower or eat brussels sprouts. I’m talking about real, spiritually-impactful decisions. Does watching this show reflect Christ? Does cracking this joke reflect Christ? Does listening to this song reflect Christ? And more importantly, does (insert thing here) help me or hurt me in my walk with Christ?

I’m not here to take pot shots at people who like the TV show. I have been a habitual watcher of the show The Office, which I feel very convicted of. That’s a different discussion. God is not calling us to be puritanical. But God is calling us— believers– to pursue righteousness. We aren’t getting closer to that by watching a show littered with pornographic images. Jesus calls us in the Gospel of Matthew to cut out an eye if we have to in order to keep from sinning. We like to blow this off as an exaggeration. Surely, He just means to take sin seriously, right? Maybe. But His greater point is that you would be better in Heaven with an eye patch than in Hell with 20/20 vision. That seems pretty candid to me. So, simply ask yourself…

Is my entertainment worth the impact it could have on who Christ has called me to be?

Jesus took a gruesome and unjust death for me only because He loved me. I think the least I could do is simply watch something else. Praise God that Jesus wasn’t concerned with popular culture when He was hanging from nails on two wooden beams getting laughed at.