I’ve had the privilege of living in different parts of the world, and visiting even more countries. Regardless of culture, one truth remains the same: humans love feasting. Feasts are the anchors for social gatherings everywhere. No party, get together, celebration, festival or social event is complete without food. Neither does any wedding, bridal shower, quinceañera, sweet sixteen, block party, Chinese New Year celebration, graduation festivity, anniversary dinner, piñata party, ethnic festival, state fair, tailgate party, summer barbecue, house warming ceremony, bar mitzvah or communion service feel the same without food and drink.

God loves feasts. Tasty, fragrant aromas are pleasing to the LORD. Virtually every book from Genesis to Revelation mentions feasting and people bonding with God and/or each other, over tasty food.

‘They’re full,’ I replied. ‘They’re full of the milk I made for you. And now they need to be emptied so you can be filled.’

Our bed was waiting, warm and inviting, and he came to me, very much like a man who had been starving, and I eagerly gave him the one thing that would sate his desire.

That first latch was amazing.

Last night I was able to feed my husband’s physical and emotional hunger from the breasts that had prepared such a feast over the course of one week.

We’re hardwired to enjoy feasting because it points to a God who himself loves indulging in the sacrificial aroma of his Son: “Christ loved us and gave himself up for us as a fragrant offering and sacrifice to God” (Ephesians 5:2), and an ANR especially points to the marriage feast of the Lamb and his Bride. Speaking in strictly physical terms, an ANR is the anchor for a good marriage. 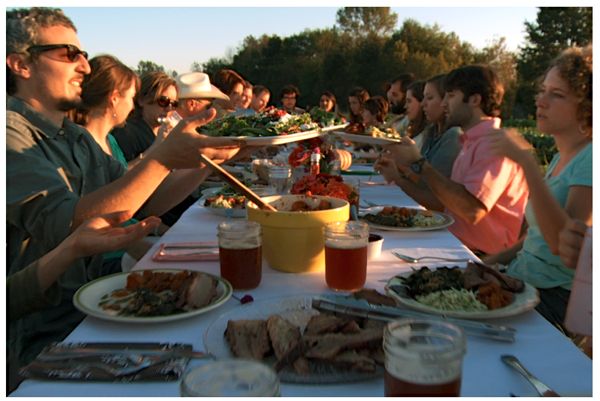